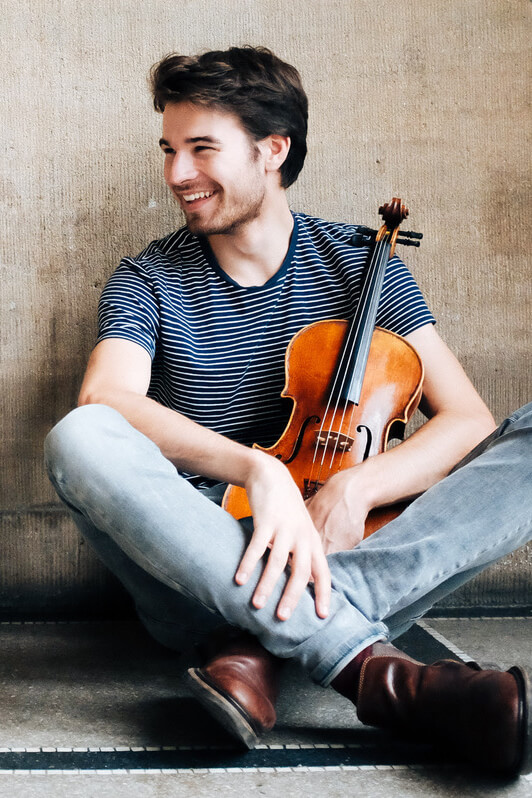 Arnold Stieve is a German violist based in Berlin. He was born in 1995 in Hamburg and started to play the violin, when he was six years old. His first teachers were Liane Rummelt and Vladimir Anochin (Hamburg), later Hovhannes Baghdasaryan (Lübeck). In year 2015 Arnold started to study his Bachelor degree as a violinist at the HfK Bremen. He learned there from Prof. Thomas Klug for more than two years, before he found his way to the viola. Just after a few months of viola playing Arnold was accepted then at the renowned HfM „Hanns Eisler“ Berlin, where he is since then a viola student of Prof. Tabea Zimmermann. Especially as a chamber musician he is very active in different ensembles from this time forward.

Furthermore Arnold is a scholarship holder of the Association Yehudi Menuhin Live Music Now Berlin e.V. As a violinist as well as a violist he was besides that always active in different orchestras, also in different leading positions. He played for instance under the direction of Christoph Eschenbach, Thomas Hengelbrock, Alexander Shelly, Jonathan Stockhammer and others. But Arnold was not only a member of different orchestras but also included in organizational work. He headed for example the orchestra’s board of the Landesjugendorchester Hamburg, where he was concertmaster for many years and was as well very involved in the organization work of the Junge Norddeutsche Philharmonie, where he was also active as principal violist.