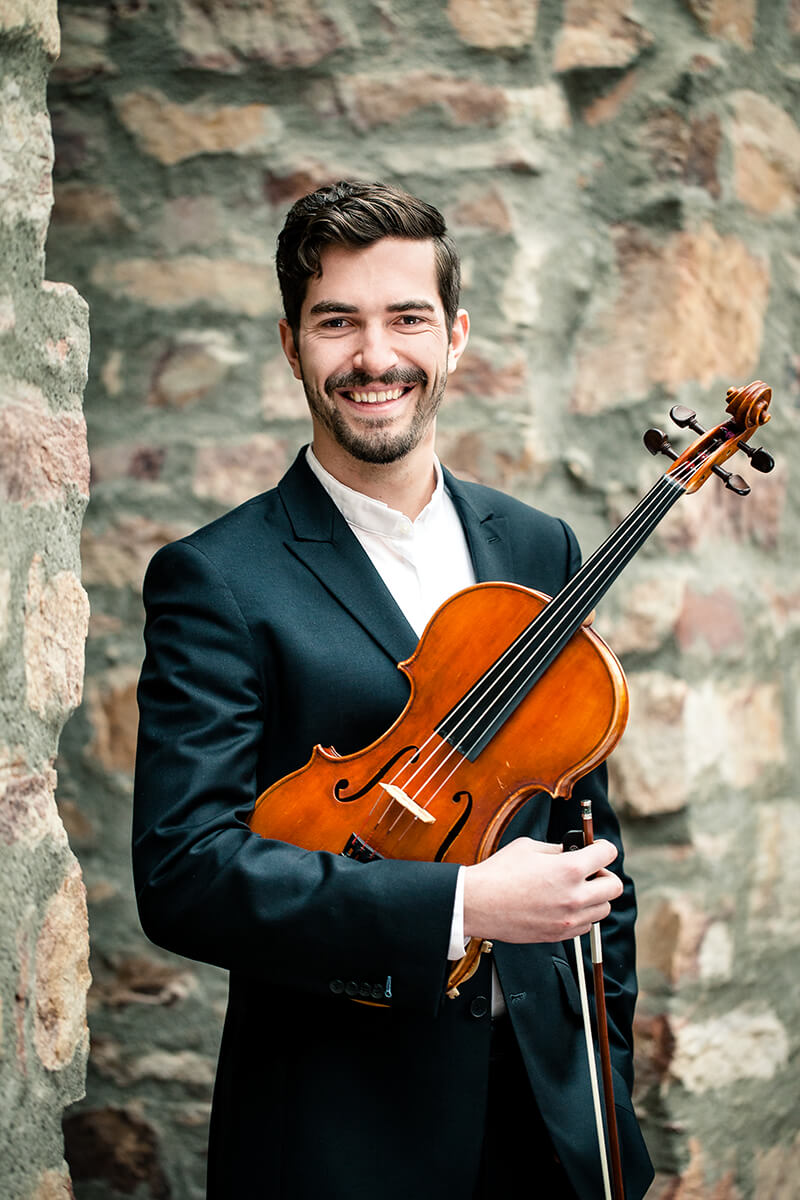 Caspar Vinzens (*1993) is a German-Swiss violist and member of the Aris Quartet.

With more than 100 concerts per season the quartet performs on the world’s great stages such as the Elbphilharmonie Hamburg, London’s Wigmore Hall, the Philharmonie de Paris, Musikverein Wien, Concertgebouw Amsterdam and BBC Proms.

The Aris Quartet is namend New Generation Artist of the BBC and for the season 2020/21 it is selected as ECHO Rising Star by the European Concert Hall Organisation.

Vinzens earned his Bachelor’s degree with Roland Glassl in Frankfurt. Since 2019 Vinzens has been continuing his studies with Tabea Zimmermann at the HfM Hanns Eisler in Berlin.

In addition to his individual studies, Vinzens has been pursuing further training as member of the Aris Quartet with Günter Pichler (Alban Berg Quartet) in Madrid since 2015.

Caspar Vinzens is a Jargar Strings Artist and uses viola strings from the Superior series.