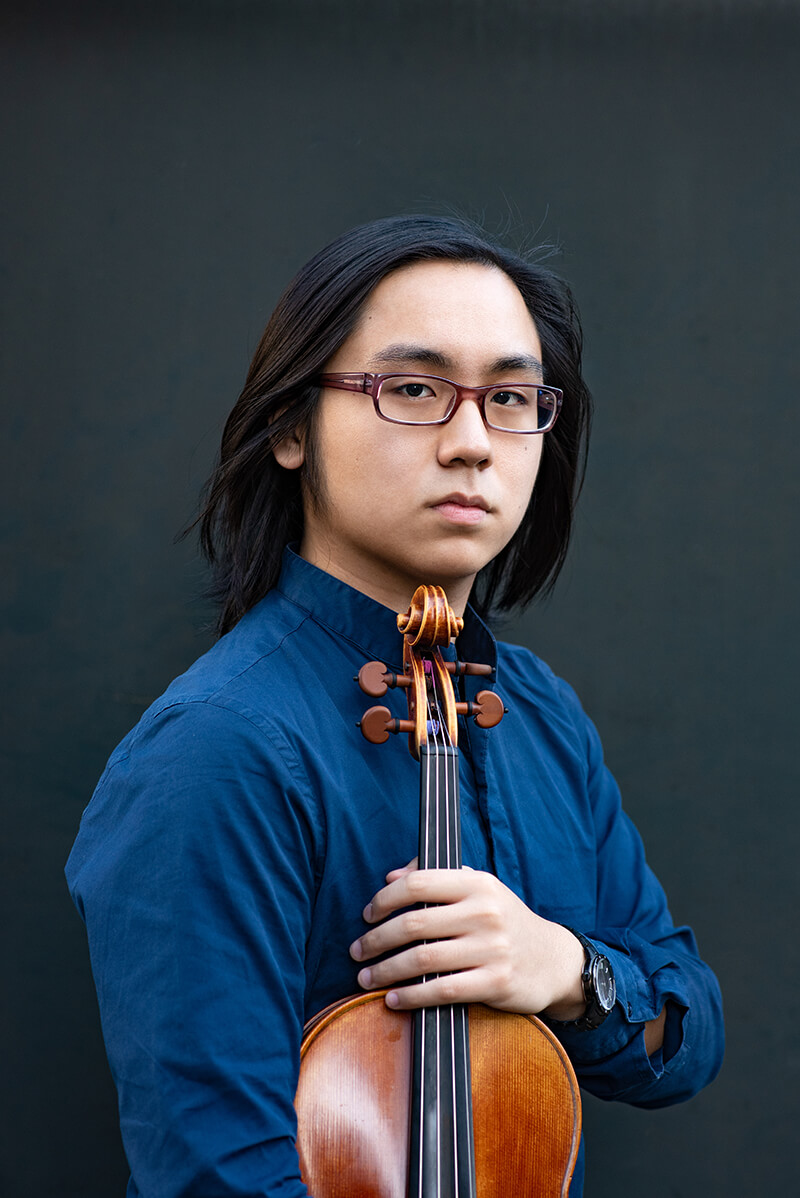 Kwan Hon Gordon Lau was born in 1999 in Hong Kong. At the beginning of his musical life he started with the violin, but switched to the viola in 2014 because of the fuller, warmer sound. Since the winter semester 2015/2016 he was a student of the University of Music and Dance Cologne location Wuppertal, with Prof. Werner Dickel. Since the winter semester 2017/2018 he is a student of the Academy of Music “Hanns Eisler” Berlin, studying with Prof. Tabea Zimmermann.

In addition, Gordon has also had some masterclasses, with the world’s highest soloists and Professors, such as Nobuko Imai, Nils Mönkemeyer, Mate Szűcs, Amihai Grosz, Hartmut Rohde, Vladimir Bukač and so on.

Gordon was a member of The National Youth Orchestra of Germany (Das Bundesjugend Orchester), which he has traveled and performed a lot with, in the best concert halls and under the top conductors in the world.

Gordon is a scholar of “Villa Musica” Rheinland-Pfalz from season 2019/20.

Apart from playing the viola, Gordon likes to sing too. He was a member of The Hong Kong Children’s Choir, which has given concerts all over the world. He has sung with the choir in Germany, Finland, Italy, England, Japan, Korea, China and so on. In the semester 2015/2016, he had singing lessons with Prof. Kai Wessel in Cologne, a well-known counter tenor in Germany.

Gordon plays an instrument by Patrick Robin, made in 2013, on loan from Hanns Eisler School of Music Berlin.