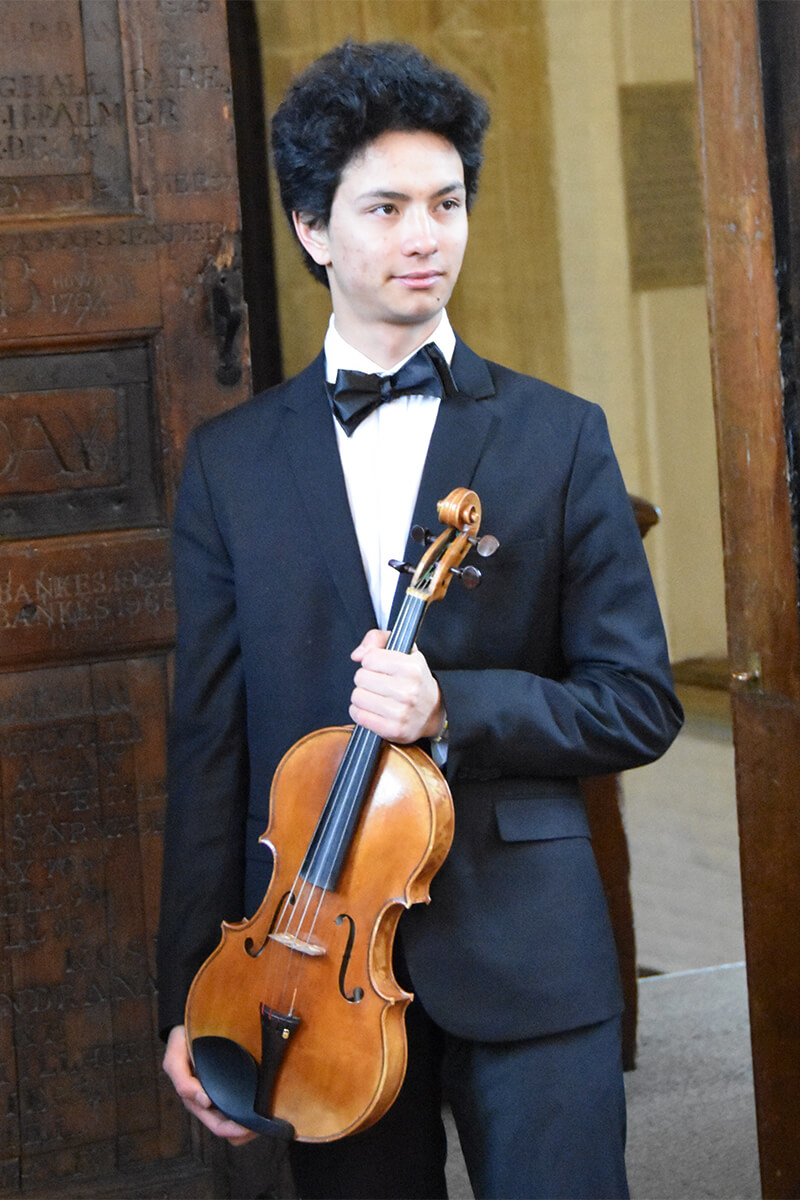 Born in 2001, Johannes starts his musical journey on the viola aged four with Laurent Rochat in Geneva. In 2014 he joins Noémie Bialobroda’s class as a pre-college music student. He then decides to complete his high school education in England after receiving an offer from Elton College. There he develops academically as well as musically, under the tuition of Andriy Viytovych.

In September 2019 he begins his bachelor studies in Tabea Zimmermann’s class at the Hanns Eisner Musikhochschule in Berlin.

In addition to that, Johannes was also given precious musical advices and insights by renowned violists such as Frederique Kirsch, Matthieu Herzog, Mate Szücs, Garth Knox and Nobuko Imai.

As an avid orchestral player and chamber musician, Johannes has played in many youth orchestras. From 2015-2017 he is member of the German youth orchestra (BJO) as well as the Verbier Festival Junior Orchestra. There he had the opportunity to share the stage with conductors such as Daniel Harding, Sir Simon Rattle, Alondra Della Parra to name just a few.

In 2018 he is also one of the few selected to participate at the Seiji Ozawa Academy, which was an opportunity for him to play in Japan, Switzerland and France.

In the stage of competitions, Johannes was a semi-finalist at age 16 of the Brahms competition 2017 and has been winner of many national youth competitions, both in Switzerland and Germany.