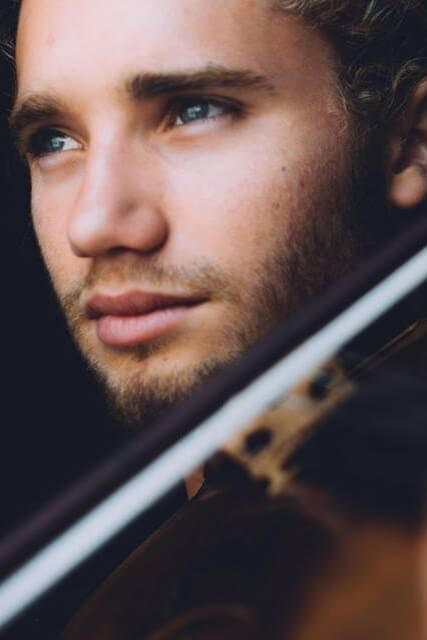 Born in 1996, Miguel Erlich started his musical studies with Anne Victorino D’Almeida at the National Conservatory in Lisbon, and later joined António Pereira’s class at ESART in Castelo Branco, Portugal.

In 2015, Miguel was invited by the European Union of Music Competitions for Youth to perform among prize winners of Jugend Musiziert with Ensemble Modern. Miguel participated in masterclasses with Ana Bela Chaves, Thomas Selditz, Gérard Caussé, Tatjana

Masurenko, Leo De Neve, Christophe Desjardins, among others, and played under the baton of conductors such as Iván Fischer, Manfred Honeck, Gianandrea Noseda, Sascha Goetzel and Pablo Heras-Casado. He was principal viola at the Mediterranean Youth Orchestra, the Portuguese Chamber Orchestra, the European Union Youth Orchestra and is frequently invited to Budapest Festival Orchestra.