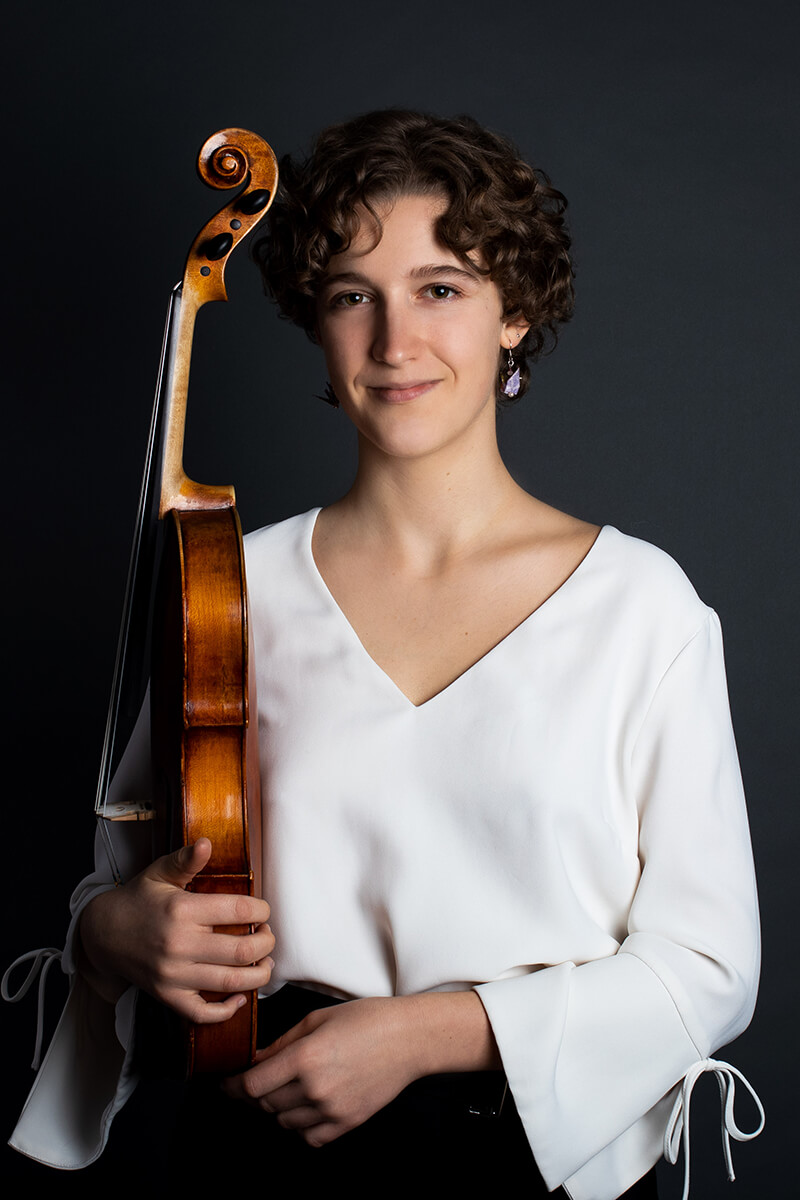 Sophie Kiening, born in 2001, began her studies in October 2019 at the Hochschule für Musik “Hanns Eisler” in Berlin where she has the privilege of studying under Tabea Zimmermann and German Tcakulov. She started her musical education at the age of five on the violin with Bettina Schumacher in Bad Tölz and switched from violin to viola at the age of 14. For three years, from 2016 onwards, she learned with the deputy solo violist of the BRSO, Ben Hames. Moreover, masterclasses with Prof. Roland Glassl and Prof. Pauline Sachse broadened her education on the viola.

In addition, Sophie profited from promotion initiatives like the Bavarian youth orchestra or chamber music courses such as the renowned Mit Musik Miteinander-project of the Kronberg academy and the Deutscher Kammermusikkurs. At the national youth competition Jugend Musiziert Sophie won several first prizes both as a soloist and a chamber musician and achieved the highest prize awarded that year in the viola category at the International Szymon Goldberg Competition for violin and viola.