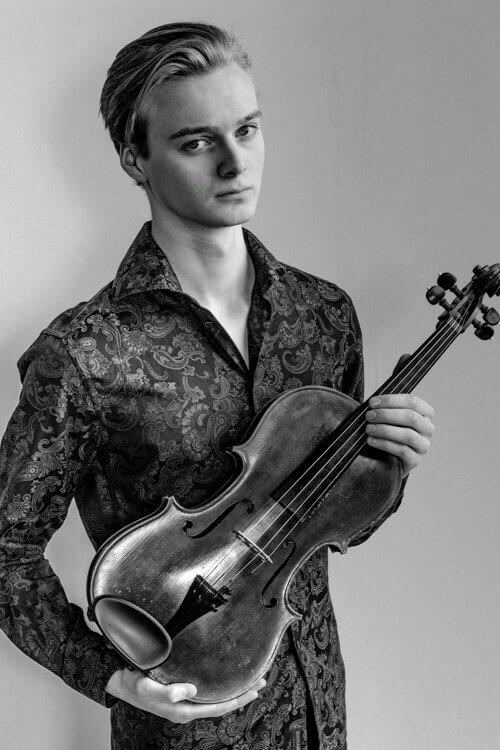 He has been featured in prestigious music festivals including the Schleswig Holstein Musik Festival, the Menuhin Festival Gstaad, the Kronberg Academy Festival and the Verbier Academy Festival. In addition to giving numerous solo appearances across Europe, Sào is a highly sought-after chamber musician, having performed in festivals such as the Hamburger Kammermusikfest (DE), Elba Isola Musicale d‘Europa (IT), Krzyzowa Music Festival (PL) and “Chamber Music Connects the World” in Kronberg (DE).

His passion for broadening the viola repertoire has led him to arrange several works for the instrument. He often performs along with his sister, violinist Cosima Soulez Larivière, with whom he also enjoys playing his own arrangements for duos. Most notably, his arrangement of Paganini’s ‘Carnival of Venice’ has been shown on ‘Podium Witteman’, a Dutch nationwide TV show dedicated to classical music.

Born in Paris, Sào originally started playing the violin at a very young age. At just the age of eight, he was awarded a scholarship to study in the class of professor Natasha Boyarsky at the Yehudi Menuhin School (UK). Having discovered the viola whilst playing both chamber music and orchestra there, he decided to fully devote himself to the instrument by 2016.

In addition to his early education, Sào’s musical development has been enriched by working with world renowned musicians, such as Gerard Caussé, Nobuko Imai, Steven Isserlis, Gabor Tacács-Nagy, among others. Sào is generously supported by scholarships from the Studienstiftung des deutschen Volkes, Yehudi Menuhin ‘Live Music Now’ Berlin e.V. Foundation, as well as the ‘Villa Musicaʼ Foundation. He resides in Berlin where he pursues a Bachelor of Music degree with Professor Tabea Zimmermann at the ‘Hanns Eisler’ Hochschule für Musik.