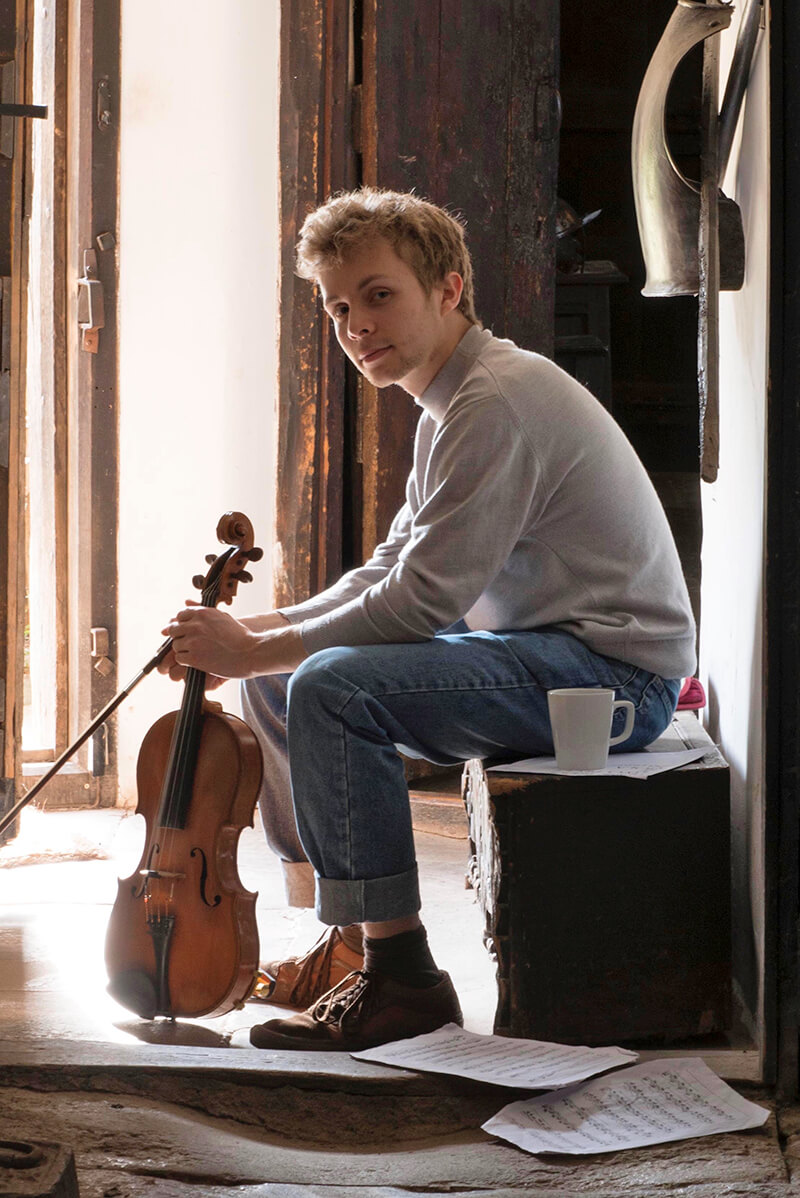 Toby Cook regularly performs in venues across Europe, recently including solo performances at the Santander and Tibor Varga music festivals, and was a semi-finalist in the 2019 Lionel Tertis International Viola Competition, receiving the Barbirolli prize.

A regular participant in masterclasses and workshops, Toby attended the Prussia Cove Seminar in 2019 under Thomas Riebl, and has received classes from Nils Mönkemeyer, Pekka Kuusisto and Máté Szücs amongst others. He has also had the opportunity to collaborate with numerous composers on developing works, working with Garth Knox on his new technical studies and with composer Thomas Jones on his concerto Day and Night.

An avid chamber musician, Toby plays in a number of ensembles and twice had the opportunity to perform with clarinetist Matthew Hunt and musicians from the Berlin Philharmonic at Hellens Music festival, as well as Schumann’s Piano Quintet with Claudio Mehner at the Palacio de Festivales in Santander and performing as part of the ‘Music of Exile’ festival in Toronto and London with Rebanks fellowship musicians of the Royal Conservatory of Canada and members of the ARC ensemble.

As an orchestral musician, Toby has played under numerous acclaimed conductors such as Manfred Honeck and Gianandrea Noseda, and was a member of the European Union Youth Orchestra 2018, appearing on numerous radio and television broadcasts including the BBC proms.

Toby is passionate about teaching and coaches violin, viola and chamber ensembles and assists on the Arpeggione viola course alongside regular 1:1 teaching. He is also a member of the European String Teachers’ Association, with whom he performed at conferences at the European Parliament in Strasbourg, and in Valletta, Europe’s cultural capital in 2018.