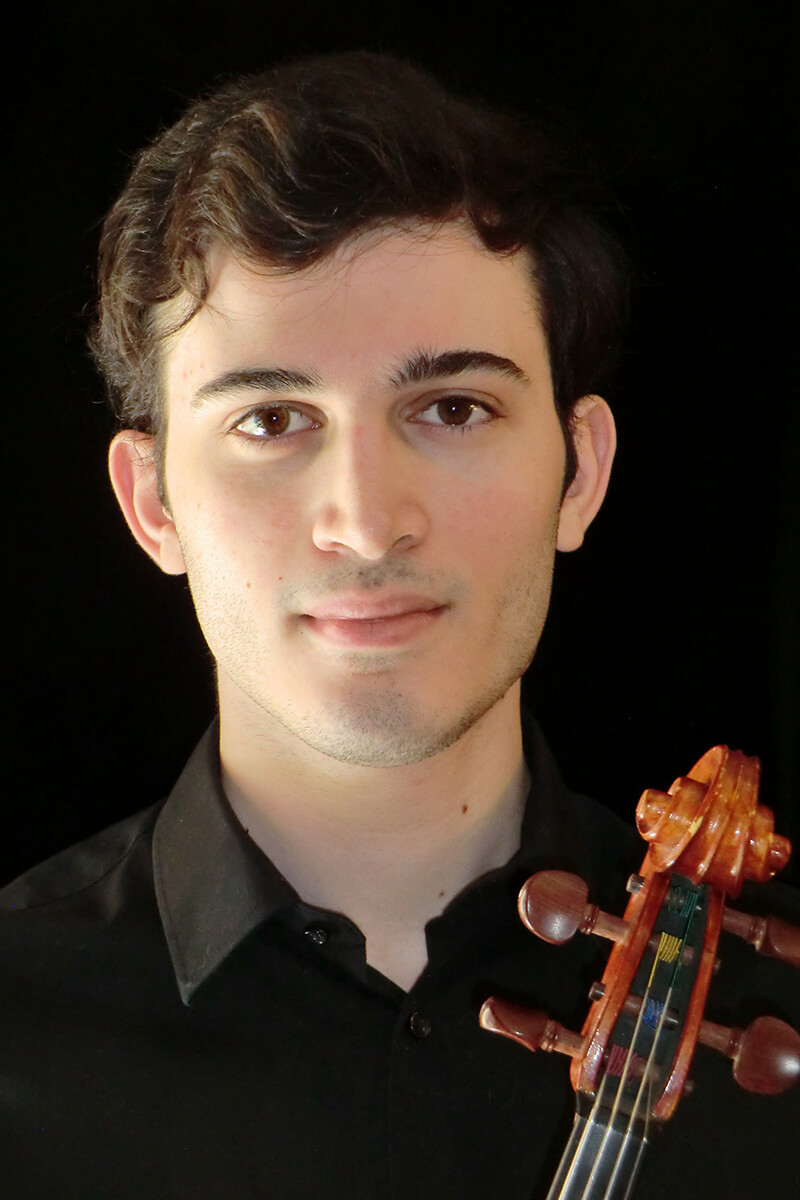 Born in Madrid in 1999. He began  his musical education studying piano when he was five years old at Music Academy Diapason with Jesús Mª García. He started studying viola at the age of seven at the Professional Conservatoire Joaquín Turina in Madrid.  During the 2013-14 school year he moved to the Conservatoire Adolfo Salazar to study with professor Dionisio Rodríguez.  In 2015 he was  admitted in Reina Sofía College of Music in the Nobuko Imai’s viola department . Since March 2018 he is studying a Bachelor degree in Hanns Eisler Hochschule in Berlin with Tabea Zimmerman.

Since 2014 he regularly participates in Musethica under the tutelage of Avri Levitan, participating in several festivals and playing with the masters Cecilia Zilliacus, Alexander Gebert, Jakub Jackowicz, Stephan Picard, Erika Wise, Roi Shiloah, Alexander Rudin among others.