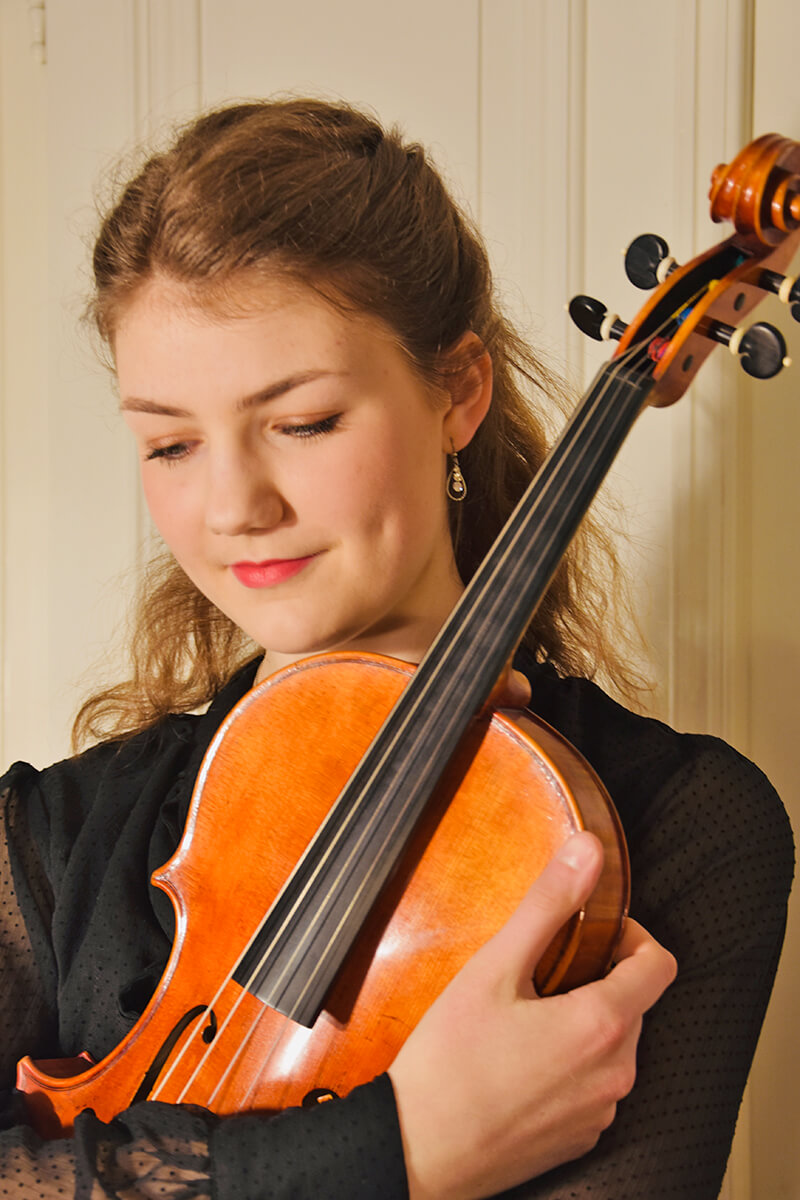 Clara-Hélène Stangorra (*2001 in Kempten/ Allgäu) started playing the violin in 2005 and was accepted into the class of Prof. Herwig Zack (HfM Würzburg) at the age of eleven. From 2014 she additionally took viola lessons and soon studied with Máté Szücs (former solo violist of the Berlin Philharmonic). Since October 2018 she has been a student of Prof. Tabea Zimmermann at the HfM Hanns Eisler in Berlin. In 2019 Clara-Hélène was awarded first price at national „Jugend Musiziert“ cometition with an additional „WESPE“ special price by the Harald-Genzmer-Foundation. In 2016 she was a prizewinner at the same national „Jugend Musiziert“ competition in both violin and viola categories. Before she had won the regional and state level competition rounds with distinction. Clara participated in masterclasses with Berent Korfker, Herwig Zack and Kolja Lessing.

Additionally she worked with Guy Braunstein and Jennifer Stumm. Since 2016 Clara is a member of the Bella Musica Ensemble whose yearly concert tours brought her to Salzburg, Assisi, Florence, Rome and Vatican. In 2016 and 2018 she performed as a soloist with the Kammerorchester Preetz. As a member of the National Youth Orchestra of Germany she performed under the baton of Sir Simon Rattle and Kirill Petrenko.

In 2017 and 2018 she was a selected participant of the Verbier Festival Junior Orchestra. 2019 she was invited to play at the international „clasclas“ Chamber Music Festival in Vilagarcia/ Spain. She participated in the „MMM“ (junior chamber music) at the Kronberg Academy as well as in „Epoche f“, a music festival by „Ensemble Modern“ in cooperation with EMCY. Since 2014 Clara has been supported by the Oscar and Vera Ritter Foundation in Hamburg. She plays a fine milanese viola kindly on loan from Deutsche Stiftung Musikleben.