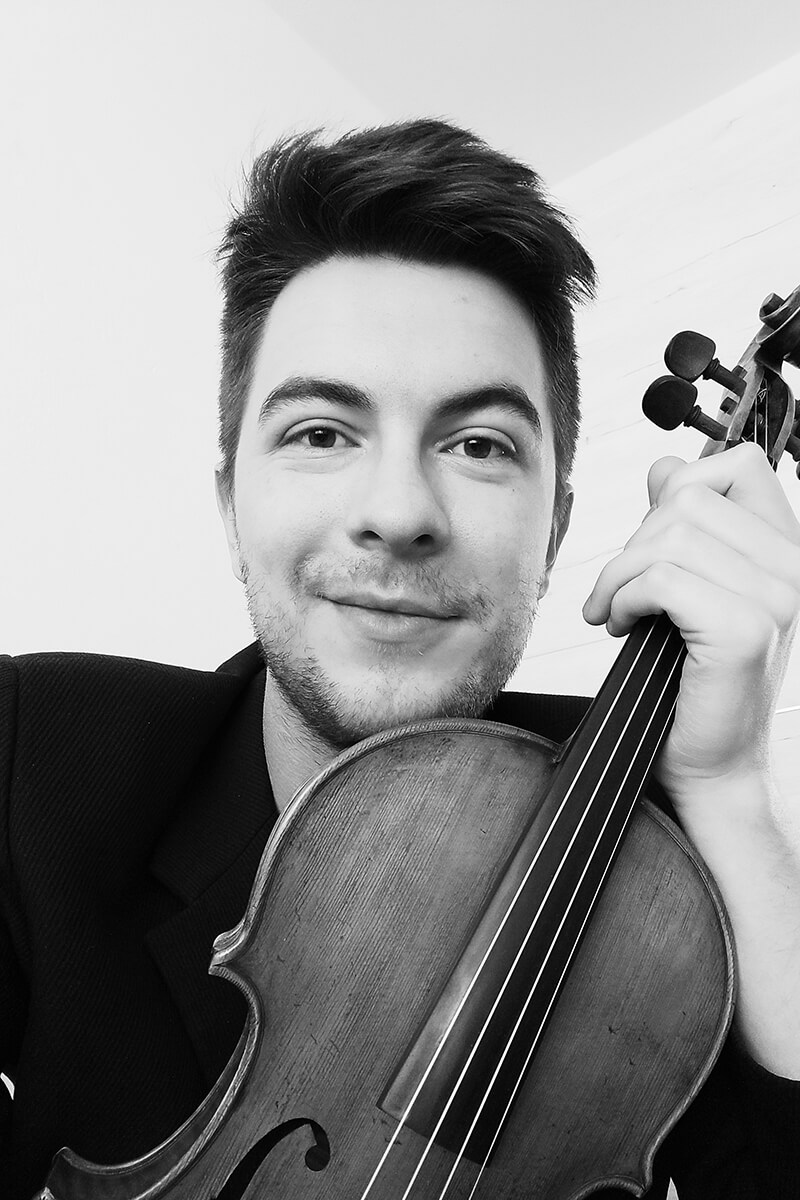 Josip Kvetek, born in Germany in 1992, started his education on violin at the age of eight in town Osijek in his native Croatia. He graduated from the Music School Pavao Markovac in Zagreb, and continued his education with eminent pedagogues Leonid Sorokov, Marina Sorokova, Adam Korniszewski, Mária Vermes, Stefan Milenkovich, and Maja Despalj-Begovic. Josip was a winner and special prize recipient in numerous national and international competitions, such as: International Competition of Gorizia (Italy, 2003), The National Competition for students of music and dance in Varaždin, Croatia (Ist prize 2004, 2006, 2008, 2010) ,˝International contest for young virtuosos˝ in Zagreb (Ist prize in 2005 and 2009), „Rudolf Matz“ International String Competition in Dubrovnik (Croatia, 2011), „Sondeckis“ International String Competition (Lithuania 2011), Lewisville Lake International Competition and the bronze medal at the International Crescendo Music Awards (Tulsa, OK) as well as having performed numerous recitals in Croatia, U.S., Austria, Germany, Finland, Bosnia and Herzegovina, Slovenia, France, Italy and Serbia.