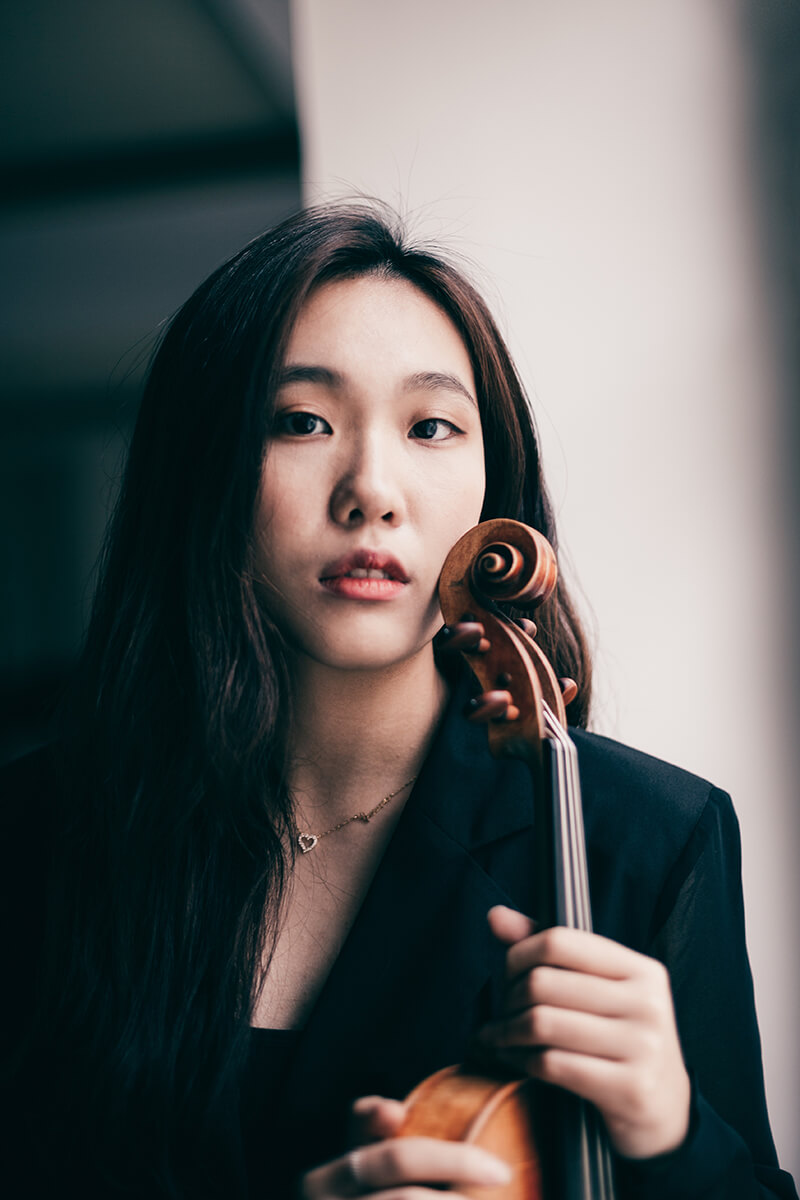 Jungahn Shin, born in 1999 in Korea, started playing the violin at the age of four, switching to viola in 2011. In 2012 she enrolled as a pre-college student at the „Korea National Institute for the Gifted in Arts“ with Ji Hye Hong, and left 2 years later to study as a young student with Prof. Tabea Zimmermann at the HfM Hanns Eisler Berlin, where she is now continuing her Bachelor studies.

As a chamber musician, she has received tuition from teachers such as Eberhard Feltz, Yura Lee, and Hariolf Schlichtig at the Kronberg Academy and Internationale Sommerakademie für Kammermusik Niedersachsen.

Additional studies include many renowned masterclasses such as the Carl Flesch Akademie, where she had lessons with Hartmut Rohde. At the festival she was awarded a special prize „VierJahresZeitenRiehen“.